AIHP’s Nominations Committee has released a slate of proposed officers and directors to stand for election to the Board of Directors in 2019. AIHP’s bylaws provide that additional nominations may be made at the Annual Business Meeting, to be held November 15, 2019, by any individual member in attendance if seconded by two additional members. After nominations are finalized, an election by members will be conducted in 2019, and those elected will be installed at the 2019 Annual Business Meeting.

The Committee has nominated the following members:

Biographies of the nominees appear at the end of this article.

Biographies of proposed slate of AIHP officers and directors for 2019 election:

W. Clarke Ridgway, BS Pharmacy, is the nominee for President. Mr. Ridgway is a native of Wheeling, WV. He received a B.S. in Pharmacy from West Virginia University in 1971, has practice experiences in retail, hospital, clinic and geriatric settings and spent 32 years in pharmacy education. Teaching experiences include history of pharmacy, geriatrics, ethics, professional development, pharmacy museum and artifacts and laboratory courses. He received the AIHP Teaching Improvement Award in 1985 and retired as Assistant Dean for Student Services, West Virginia University School of Pharmacy, where he continues as co-curator of the Cook-Hayman Pharmacy Museum.

Mr. Ridgway has served as AIHP Treasurer since 2011 and has also been a member of numerous committees, the Director’s Advisory Panel, and Council President. Research interests include the history of pharmacy practice, antebellum and Civil War pharmacy and medicine, and the history of home remedies.

John Grabenstein, RPh, PhD, is the nominee for Vice President. Dr. Grabenstein is Global Director of Medical Affairs for Merck Vaccines. He leads medical-affairs and scientific-policy activities for Merck’s global vaccine enterprise that provides 150 million doses annually for 12 vaccines. A pharmacist, he has experience in over 50 countries, served on multiple committees advising the U.S. Government, and published over 400 articles and nine books, primarily on topics of immunization, public health, and leadership.

Previously, as a Colonel in the U.S. Army, Dr. Grabenstein directed the Military Vaccine Agency and he oversaw the Defense Department immunization programs for 9 million troops, retirees, and family members spread across 4 continents and dozens of ships at sea.

Dr. Grabenstein, who currently serves on AIHP’s Board of Directors, received his pharmacy degree from Duquesne University in 1980, a master’s degree in education from Boston University in 1988, and his doctorate in epidemiology at the University of North Carolina in 1999.

Dr. Buerki has published dozens of peer-reviewed articles in the areas of professional ethics and pharmacy history and education. He is also the author of several books, including Ethical Responsibility in Pharmacy Practice (with Louis D. Vottero) (AIHP, 2002) and Foundations of Ethical Pharmacy Practice (with Louis D. Vottero) (AIHP, 2008). He has been inducted into the International Academy of the History of Pharmacy and is the 2004 recipient of AIHP’s Edward Kremers Award. 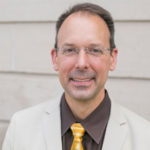 Arthur Daemmrich, PhD, is being nominated for a three-year term as an At-Large Director. Dr. Daemmrich is Director of the Smithsonian Institution’s Lemelson Center for the Study of Invention and Innovation at the National Museum of American History. He previously was an associate professor in the Department of History and Philosophy of Medicine at the University of Kansas School of Medicine, an assistant professor at Harvard Business School, and a visiting professor at the China Europe International Business School.

Dr. Daemmrich’s scholarly work analyzes the emergence of technology-based industries, explores the relationship between regulation and innovation, and compares innovation systems internationally. Daemmrich has published in the history of medicine, science and technology studies, and health policy, including the monograph, Pharmacopolitics: Drug Regulation in the United States and Germany, and 50 peer-reviewed articles, books chapters, and teaching cases used worldwide.

Dr. Daemmrich has served as AIHP’s Vice President since 2016.

Catherine Taglieri, PharmD, RPh, is being nominated for a one-year term as an At-Large Director. Professor Taglieri is a licensed pharmacist and Associate Professor of Pharmacy Practice at MCPHS University (formerly known as the Massachusetts College of Pharmacy and Health Sciences). She has practiced in a variety of pharmacy settings, including community, consulting and long-term care. She received both a B.S. in Pharmacy and a PharmD from MCPHS University. Professor Taglieri currently serves on AIHP’s Board of Directors.

For the past ten years, Prof. Taglieri has served as one of the faculty coordinators for the Introductory and Advanced Practice courses and pharmacy skills labs for MCPHS University. In 2018, she was awarded the Trustee’s Award for teaching excellence. Her area of research is primarily in the scholarship of teaching and learning, but she also has published abstracts and brief articles in the field of pharmaceutics and the history of pharmacy. She currently serves as the Editor for the AACP’s History of Pharmacy Special Interest Group (SIG) Newsletter and previously served as Secretary of the SIG.