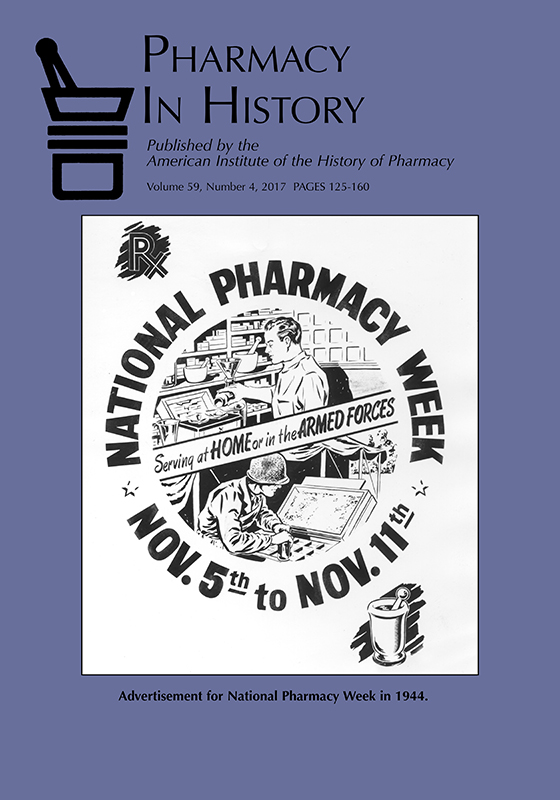 We Remember Them: Pharmacy’s Fallen in World War Two—Navy and Marines, by Dennis B. Worthen 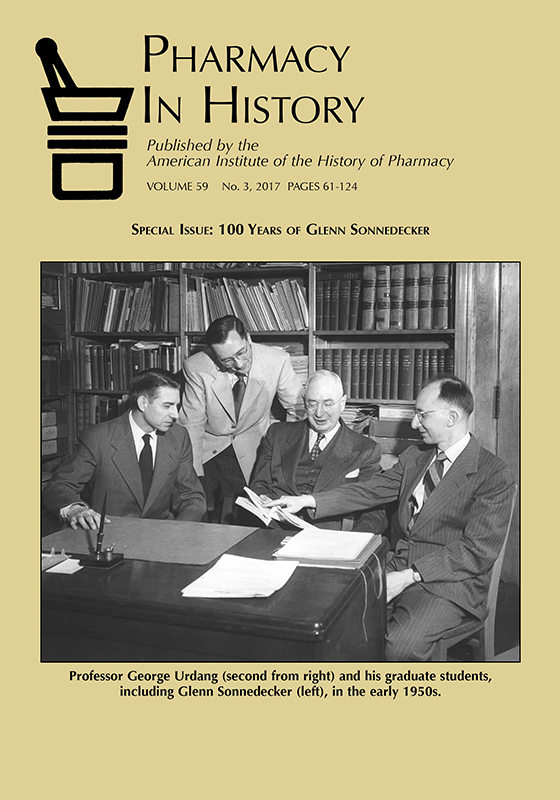 Pharmaceutical Manufacturing in America: A Brief History, by Arthur Daemmrich

Glenn Sonnedecker: A Brief Biography & A Bibliography of His Publications, by Holger Goetzendorff

George Urdang and the Founding of the German Society for the History of Pharmacy, by Holger Goetzendorff Remarks at the McWhorter School of Pharmacy’s Pharmacy History Gallery Dedication, by Michael A. Flannery

“Yet in All This Library There is Scarcely a Reference to the Negro in Pharmacy:” The University of Wisconsin’s Leo Butts, Pioneering Historian of African-American Pharmacists, by Gregory Bond

A Golden Year for the British Society for the History of Pharmacy, by Briony Hudson