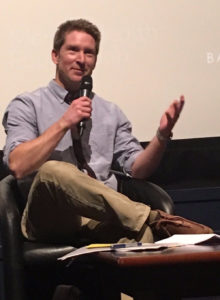 Since I assumed the role of AIHP’s Historical Director and Editor-in-Chief of Pharmacy in History in early 2019, I have gained tremendous respect for the work that Greg Higby, Greg Bond, and Beth Fisher have effectively handled year in and year out.

Along with Dennis Birke, the new Executive Director of AIHP, the team and I have traded countless emails and held regular meetings since my arrival just to try to keep track of the files, data, and the publishing and production plans. And I’m not even mentioning all of the effort being devoted to planning the 44th International Congress for the History of Pharmacy in September in Washington, D.C.

The learning curve has been steep for me and it has become obvious how much time and effort has been expended by the group.

I’m therefore urging readers to share my admiration for what Greg Higby and the rest of the team have accomplished over the years.

With the hiring of Dennis and myself, AIHP is in the midst of a brand new phase and this entails the reevaluation of programs and publishing. We’ve got a great tradition, but it’s time to widen the scope of our activities and audience.

Drug pricing, the opioid crisis, the rise of medical cannabis—all of these issues demand a broader audience and the field is certainly growing.

As I see it, AIHP has a responsibility to examine the history of pharmacy and pharmaceuticals and make this history relevant to current issues facing pharmacists and healthcare professionals. In other words, AIHP will work to widen the circle of historical discussion around pressing issues that matter in the present!

Pharmacy in History is the oldest journal of its kind in North America, and it is celebrating its 60th Anniversary in 2019. These are certainly exciting days here in Madison!

As we look ahead here at AIHP, we will be implementing new ideas and exploring new formats for Pharmacy in History. I am aiming to balance the tradition of the journal and recast it for the next generation of scholars. We want to appeal to existing readers/members and draw new ones into the fold.

Long-time readers will, I hope, quickly find themselves on familiar territory, even though the look and feel of PH will likely change.

As with any board of directors, government, or editorial team, it is important to encourage new talent and new voices to participate. To stimulate discussion around the history of pharmacy, pharmaceuticals, and health and healthcare more generally, we need a thought-provoking group of scholars. So AIHP has cultivated a new team of editors to complement existing staff. Stay tuned for more announcements and introductions!

The American Institute for the History of Pharmacy published Pharmacy in History for the first time in 1959. “Future issues,” it was announced, would offer “historical writing, reading, or collecting.” The journal would address “events and people, in whatever country” that was significant for the field of pharmacy and pharmaceutical history. The journal would act as a “stimulus.”

Sixty years later, we will undergo a rethink, redesign, and relaunch to meet that challenge!