AIHP’s longtime Executive Director Greg Higby was honored at a retirement party on December 11, 2018. The party was held at the University of Wisconsin-Madison School of Pharmacy, where Dr. Higby is an Adjunct Professor. The party, organized by AIHP’s staff, was attended by Steven Swanson, PhD, Dean of the UW-Madison School of Pharmacy, and many members of the school’s faculty and staff. Two AIHP Board members—President William Zellmer and Secretary Robert Buerki—and two former AIHP staff members—Elaine Stroud and Rosemary Zurlo-Cuva—also attended the party.

In his remarks, AIHP President William Zellmer noted that he had chaired the AIHP search committee that had recommended hiring Higby as the Institute’s Executive Director. Zellmer further stated:

“Greg Higby, on behalf of Institute members, thank you, and congratulations on a job exceptionally well done. As T. S. Eliot wrote, ‘… to make an end is to make a beginning.’ We wish you happiness and fulfillment in in your new beginning.”

Dr. Higby officially retires on December 31. However, he plans to continue working at the Institute on a part-time basis with the title of Fischelis Scholar.

Pictures from Greg Higby’s retirement party at the University of Wisconsin-Madison School of Pharmacy on Tuesday, December 11, 2018 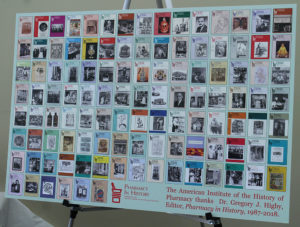 Poster featuring the cover images of the 111 issues of Pharmacy in History edited by Greg Higby. 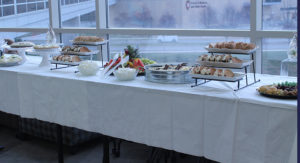 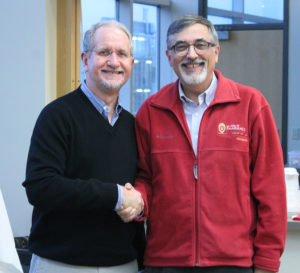 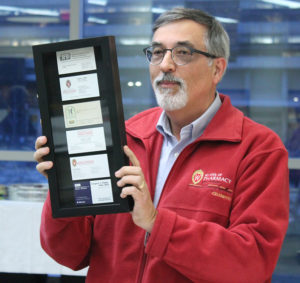 Greg Higby holds a framed case featuring his business cards over the years. 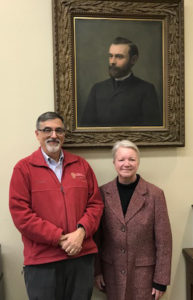 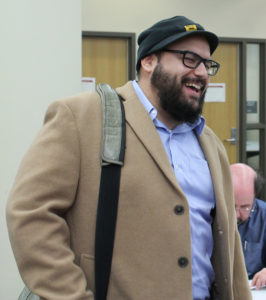 AIHP member and former Sonnedecker Grant for Visiting Research in the History of Pharmacy recipient Richard Del Rio traveled from Chicago to attend.