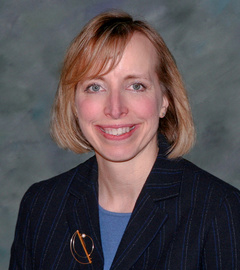 AIHP is pleased to announce that Melissa Murer Corrigan, FAPHA, FASHP, has been appointed to the Institute’s Board of Directors.

Melissa has served in senior leadership positions in a variety of settings. From 1994 to 2011, she served as the founding Executive Director and Chief Executive Officer of the Pharmacy Technician Certification Board, where she was responsible for designing, building and launching the first (and now largest) pharmacy technician credentialing program. In that role, she was known for her skill in building alliances with an array of stakeholder groups across the pharmacy profession.

From 2012 to 2018, Melissa was a Vice President at ACT, Inc., a nonprofit organization providing college and career testing and assessment programs (including the ACT college admissions test).

She has received leadership awards from both the American Pharmacists Association and the American Society of Health-System Pharmacists. A graduate of the Drake University College of Pharmacy and a licensed pharmacist, Melissa is an Adjunct Assistant Professor at the University of Iowa College of Pharmacy, where she also serves on the College’s Executive Leadership Board. Melissa also works as a private consultant focusing on pharmacy workforce issues.

AIHP Board President William Zellmer observed that Melissa’s organizational and leadership experience will make her a valuable addition to the Institute’s Board. Melissa’s term will run through 2021.