All Issues of Pharmacy in History are available at JSTOR. 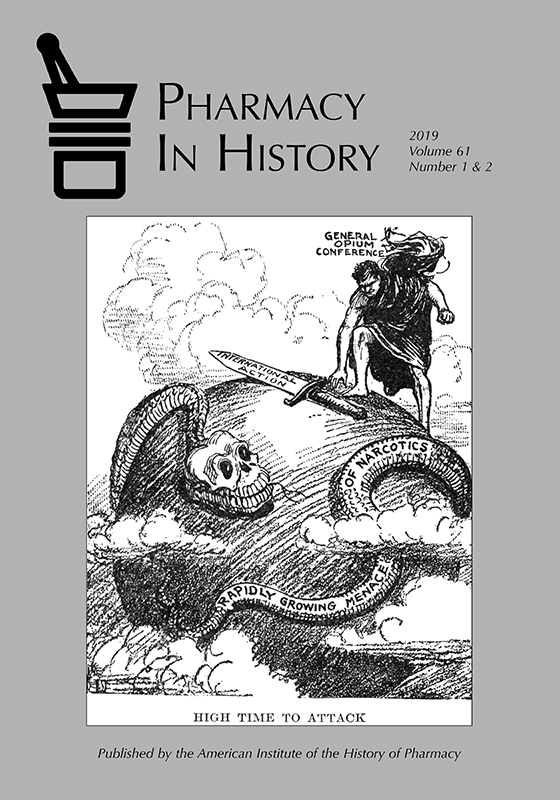 Government as Apothecary: Civil War Pharmacy and the Common Good, by Michael Flannery

Heroin and Medical Reasoning: The Power of Analogy, by Gregory J. Higby

Upcoming events of interest to historians of pharmacy, pharmaceuticals, medicines, science, and related fields. (Event information current when posted, please double-check the status of all events):